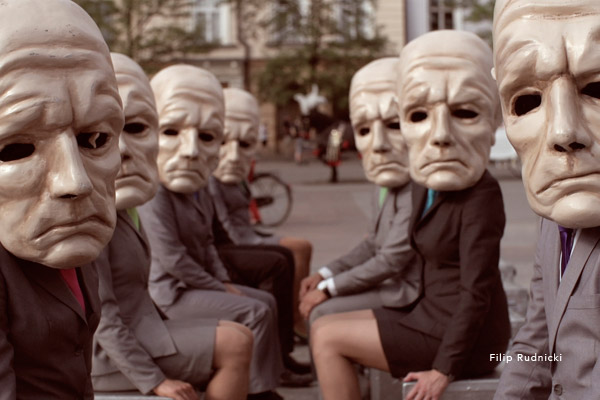 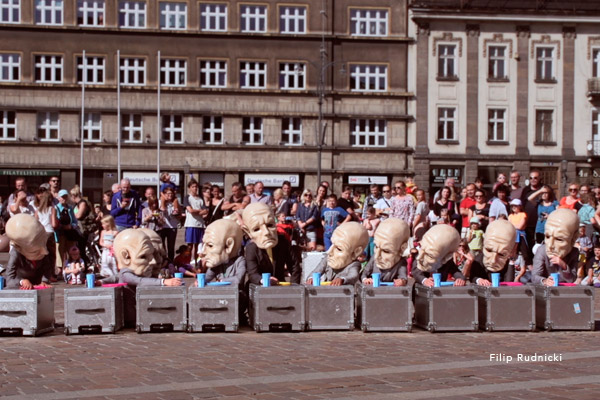 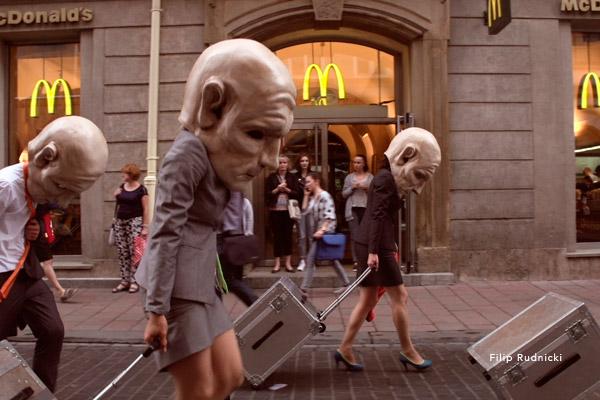 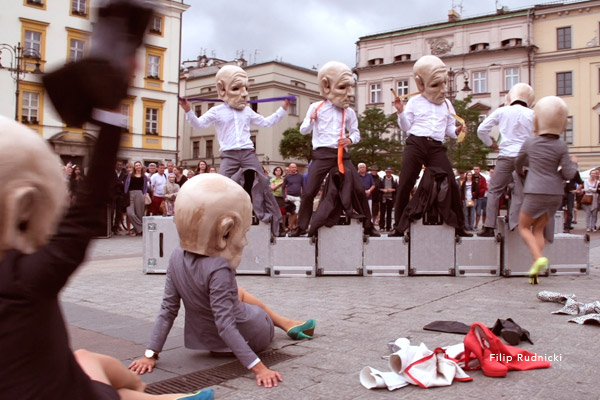 The show depicts a single day in the life of an individual of the 21st century. The contemporary "Everyman", whose life is "suspended" between Home and Work for a corporation, identifies his or her "pathway through life" as a "pathway to work".

The peregrination in search of the meaning of life comes into view through everyday toil, deprived of spirituality, love and beauty. The world of the "Pererginus" is a "digital" civilization – sad, terrifying and grotesque, where consumerism turns into a dominant religion. A shop window is the home of the Peregrinus of the 21st century.

A mobile character of the show exposes the adventures of the protagonist in various contexts of urban space. Homo Peregrinus is a formatted human being stripped of emotionality, predictable and bereft of individual characteristics.

The show has been presented in many cities in Poland as well as in Canada, China, Croatia, England, France, Georgia, Germany, Iran, Italy, Korea, Lithuania, Romania (Tony Bulandra Award for the best street performance in Targoviste), Russia, Spain and USA.

THE ADAM MICKIEWICZ INSTITUTE is a national cultural institute, whose mission is to build and communicate the cultural dimension of the Poland brand through active participation in international cultural exchange. The Institute has carried out cultural projects in 70 countries. As of early 2016, the AMI has presented more than 5,500 cultural events, attracting an audience of more than 52 million on five continents. All of the Institute’s projects carry our flagship brand, culture.pl

The institute's culture.pl portal offers a daily information service covering key events related to Polish culture around the world: In addition to information on events organised in Poland and abroad, the portal features numerous artist profiles, reviews, essays, descriptive articles and information about cultural institutions. The site is available in three languages: Polish, English and Russian.