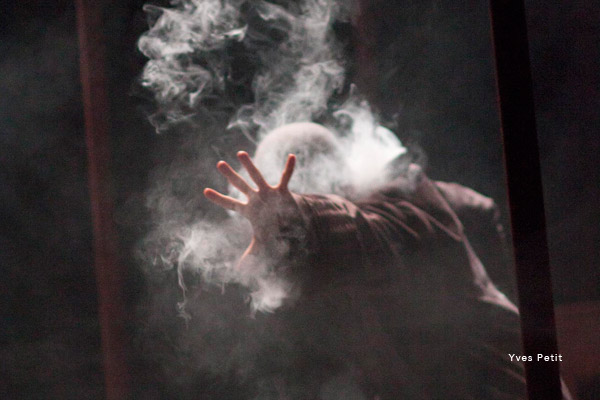 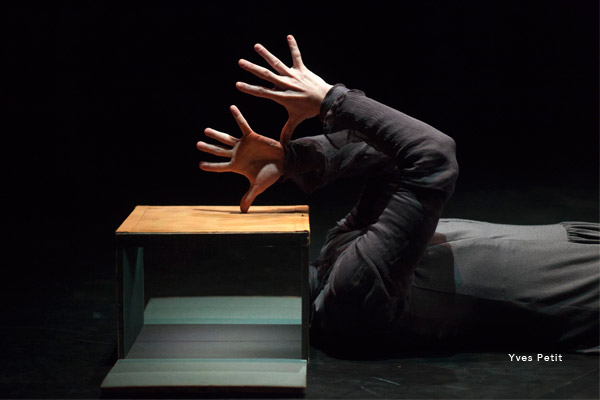 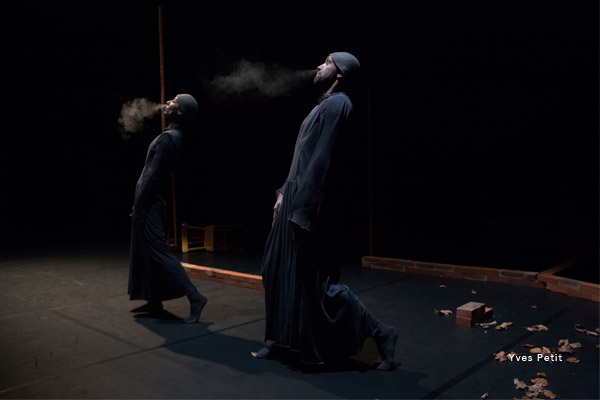 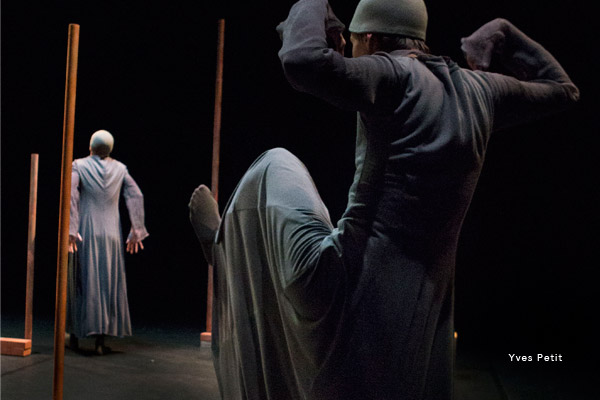 With Les Ombres Blanches, the aim was to explore, through movement, all our known and less-known ghosts and other phantoms, to create a “world between two worlds” – unreal, smooth but shattered, serious but comical, where the laws governing bodies and things are overturned.

Through movement I have created floating bodies, silent and noisy apparitions, disembodied dancing hands and heads, disturbingly calm but versatile beings able to listen to walls, observe an Other, enter tenderly into contact with them, maintain distance or embrace the threat... Extraordinary states of being.

I have dared inexplicable movements of things and furniture, as well as sensory experiences that joyously chill our blood or caress the senses. I have revealed presences through whispers or deafening banging behind walls and doors... A haunted space.

I have created a space immersed in a warm and capricious half-light, unveiling itself gradually, revealing in a succession of carefully danced vignettes, a moving box, a hypnotic dance of four hands, a ballet of dropshadows or an incandescence... A palpable light.

Attempting to share the unfathomable: moving effigies, poignant apparitions, the lightness of a perfume, a flash of memory, a danger, almost immobility...

A spectacle between suggestion, evocation and impression.